I made it.  A kid from Nelson who got three 6s and a 7 in 6th form certificate, and then didn't bother with 7th form, instead choosing to go off to Nelson Polytechnic to do a Media Studies Certificate.

My head tutor Jane, while acknowledging that I put extra work into the radio aspect of the course, told me I'd never make it in radio.  Too immature, or something.

I'd been messing round at Access Radio for a while, filling the space between paid programmes while listening to Radio Nelson and Fifeshire FM on a tranny.  I'd just do what they did, say what they said and if I had it, I'd even play the same song!

Ended up on a city council funded course called Young Nelson and as part of that we had the opportunity to do work experience, Radio Nelson's day host at the time was Jason Wawatai who was also a city councillor, he sussed me some work experience.  On the last day, I gave a recording of my work on Access Radio  to the Programme Director, Tony Flewellyn.  He said, "Do one to our format."  I did, and he said he'd call me if something came up.

"What are you doing on Saturday?"

"Need you to do midday til 6 on Radio Nelson FM"

Saturday October 16, 1993 was my first paid shift on a radio station and the rest is not an insignificant list.

Part time shifts on Radio Nelson.
Afternoons and copywriter on Radio Waitaki in Oamaru.
Drive and creative writer on 93ZM Whangarei.
Thunder Driver, Breakfast Producer, Newsreader, Special Projects Manager, Promotions Manager, Webmaster and all show cover on 91ZM Auckland and the ZM Network.
Nights on the Classic Network.
Breakfast on Classic Hits Wellington, and then we added Kapiti-Horowhenua and Wairarapa.

Thousands of hours on air, countless stories, heaps of laughs and a few tears too.  I've had interactions with some of the world's most interesting people and I'm only 38.  Not bad for a kid who had a somewhat turbulent childhood who could have settled for less.

To those who helped me along the way, thank you.  Am I grateful?  You bet.  Now, what to do for the next 20 years?!
Posted by Dave Smart No comments: 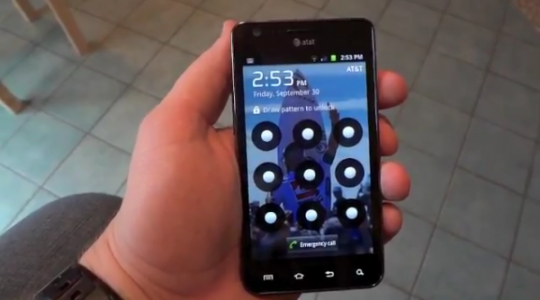 Great article from the International Digital Times on an app called Locket that, among other things, figures out how many times per day people check their phones.  This bit was particularly interesting:

During peak hours between 5-8 p.m., when over 75 percent of Locket users are actively swiping, the average user checks his or her phone nine times an hour.

For those with commercial Facebook and Twitter accounts, brand promoters, or those who like being noticed more in the brief raising and long term slashing of self esteem that social media provides, are you timing your best posts for mid evening to get the best coverage?

By the way, if you think you don't check your phone 110 times a day, note that 110 checks a day spread over 12 hours is one glimpse every six or seven minutes.

That sounds more like it eh.
Posted by Dave Smart No comments:

Email ThisBlogThis!Share to TwitterShare to FacebookShare to Pinterest
My nickname used to be Dog. Not sure why, who can remember everything they did in their 20s?!

Then I did this voice job for GottaPet.co.nz a couple of years back.  Woof!


Posted by Dave Smart No comments: