Truly. I'm not just lazy. I lost Will, my producer for a start. It's good for him though, he got my old job as Classic Hits Night Host! Maybe he'll start a blog... Will Johnston's first show at night will be this Sunday, May 27. Tune in, call him. He's a talented wee bugger.

We have a new co -host starting. She's not replacing Will, she's a new addition to the show. Management decided we needed a girl, so went and got us one. 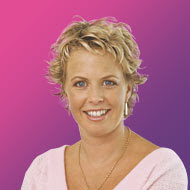 This is Camille Guzzwell and she'll be joining the show after Queen's Birthday Weekend. She says she hates this photo as it was taken 3 weeks after her son was born. I think she can harden up.

Camille and I have known each other for about 10 years or so and we get on like a house on fire. Camille grew up in Kandallah and while she's very short, she tends to fill a room as she's very loud. I feel really good about the show and where its going...

Cohen stays where he is. I don't know where the show would be without the mad characters who ring up. Cohen may or may not be Dipak, Janice, Jim, Arnie, Russel or anyone else on the phone. Co is a top bloke and hell talented. Look out for him on the new season of Facelift starting soon too.

We may also be getting a new producer too. I don't know what the go is there.

Meanwhile, all the interviews we've done this year have been reduced in size. Much more appropriate now for NZ's apparently woeful broadband services.

Scroll back down at your leisure if the files were too big last time.

Biggest file is Billy Dee at 2.3mb.
Posted by Dave Smart No comments: 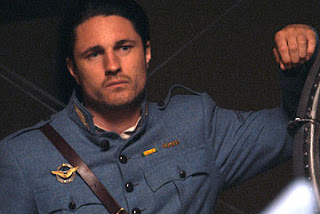 Plays Reed Cassidy in Flyboys. No, not Flybuys, FlyBOYS. The new movie about the Lafayette Escadrille on the big screen right now.

We had him on the show talking about the tediousness of movie making, chasing girls in LA, his Dad giving him shit about his accent and pashing Angie Dotchin.