Bugger me it's nearly January!

So here we are, about to say goodbye to 2007 and look forward to 2008. My wife Anna is currently having cuddle wars with our toddler daughter amongst much giggling from the small pyjama’d one who should have been in bed an hour ago. Coronation Street is on and I’ve almost finished my beer.

I’m on holiday right now, at the inlaws in and I find it amazing how people’s minds go on holiday from about December 1. It’s almost like we write off December in anticipation for the New Year. We reflect, but mostly we put the year to bed. A kind of ‘Control-Alt-Delete’ on the keyboard of life. Geeky analogy I know, but you get what I mean.

Now is when I want to write something inspirational for 2008 but I just don’t know what’s going to happen. I mean, I know roughly what will happen but I don’t know what form it will take.

I know that our family of 3 will become a family of 4 when our son is born somewhere in February but I don’t know what it will be like being a father of two.

It's also going to be a tougher year at work because my co-host Camille has gone off to have her baby and won't be back til April or May and I don’t know how the show will fare without her. On that, get in touch if you’re based, on air capable and want to be my producer for a few months.

A new year is about to dawn, cheers to it, respect to the year gone by and all the best to you and your family.

Her voice not to be ignored, neither is her personality! Camille and I have both met and spent time with Anika on many different occasions - she's a top chick and a fun interview... 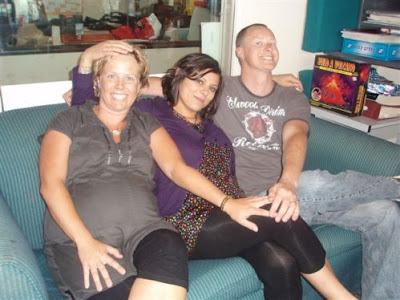 Mrs Smith, a parochially Auckland Blogger, was emailed and posted this about Auckland traffic. So I sat down with my wife tonight and wrote out a few for Wellington.

1. There’s nothing wrong with your car radio, all the stations are that scratchy.

2. If you look left or right or wait for the cross signal while crossing any road bisecting Cuba Mall, you’re a pussy.

4. Forget your GPS, the streets are too close together for it to know where you are.

5. It’s best not to talk on your cell while driving, not because it’s dangerous, but because it’ll cut out.

6. You will only toot in the Mt Vic tunnel, no other, ever.

7. The trolley bus lines are not an eyesore, they’re a Wellington icon so shut up.

8. It’s best to not open your car door while holding a takeaway coffee in a southerly.

9. If you have cause to wonder why someone is honking, it’s generally your fault.

10. Don’t worry, you will actually fit between the car coming straight for you and the one badly parked on your left. All our roads are this thin.

They have a new album out called Reporter and Kirsten and Geoff dropped in to see us while they were in the Capital for a day. They also played their new song, (which will get stuck in your head) Jump into the Sun. 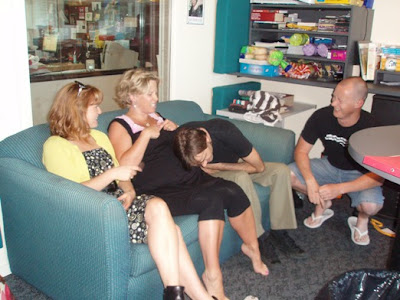