A lot of folk think we choose the music that we play and this simply isn’t the case. We have a quorum of people in Auckland who decide what’s going to be played across the Classic Hits Network and we play what they say. Honestly, I prefer it this way. We have enough work to do coming up with what to talk about, let alone figuring out what songs to play.


I actually stopped caring too much about the music quite some years ago and I think this is a natural progression of age for many of us. Other stuff simply becomes more important. From our point of view, while the songs are playing on air, we’re answering the phones, replying to texts, planning the structure of where we’re going next and generally working pretty swiftly. The music is on but we’re not listening to it.

Now, say what you like about music on radio stations, everyone has their own thoughts. Some people think we play a good variety of music, others think we repeat all the time, some folks like some of the stuff we play, some like all and some like none. There’s heaps of stations to choose from and folks are free to vote with their tuners. Classic Hits is a homely sort of station, you know to an extent what you’re going to get and that’s 80s music, 90s music and a bit of new stuff.

Having said all that, we just had the best morning playing something completely different.

Our plan came about last week. We wanted to celebrate the end of New Zealand Music Month by playing only Wellington bands. The boss thought it was a good idea but wanted to see the playlist before we committed to it. Fair enough I suppose in this world of formats and music directors and flow and balance and all the things our music directors hold so dear.

So here’s what we played this morning – All bands that are from Wellington or have a Wellington connection. We had a superb time!

Before Friday - Your Kiss

The Warratahs - Hands Of My Heart

Hollie Smith - Bathe In The River

The Black Seeds - So True

Dave and The Dynamos - Life Begins at 40

Flight of the Conchords – Sellotape

Shihad – One Will Hear The Other

The Black Seeds - Cool Me Down

In the next post, I’ll attach some mp3s of our interviews with the Warratahs, the Mockers and Upper Hutt Posse which we also did this morning. I’d do it now but it’s a long weekend and we’re going to Nelson so the kids can see their Great-Grandad. 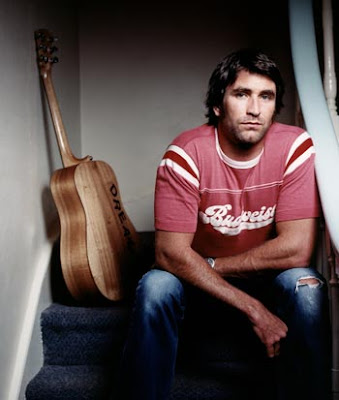 He's a very talented singer-songwriter - you'll know tracks like "Better Days", "Opportunity", and "So Beautiful", he's got a new album called Summer in Eureka out next week and he talked to us this morning...
Click here to listen. (DUR: 3.35 / 1.1mb)
Posted by Dave Smart No comments: Links to this post 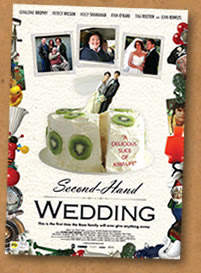 It's a new kiwi movie, being released in cinemas across the country on May 15. Here's the press release blurb...
Geraldine Brophy shines in her role as bargain-hunting junkie, Jill. Most remembered for her role as Moira Crombie from New Zealand’s best loved drama Shortland Street. Multi talented Geraldine is also heavily involved in the New Zealand theatre scene with directing, producing and acting. In her subsequent 22 years in the industry she has played more than 150 roles on stage.
Second Hand Wedding also stars Grant Roa from Whale Rider and Patrick Wilson alongside rising New Zealand talents Holly Shanahan and Ryan O’Kane.


Geraldine and Holly came in to see us this morning!

He's an Aussie but don't hold that against him, he loves New Zealand as you''ll hear in the interview.
He's a swing musician and the son of Aussie rocker Jimmy Barnes. 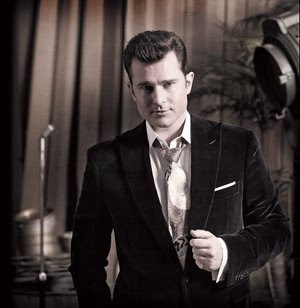 He came in to see us this morning, you may recognise him from Amici Forever, now solo with his new album Believe.

What you may not know is which football team he supports, his adoration for his family, and how he's supporting Autism New Zealand. 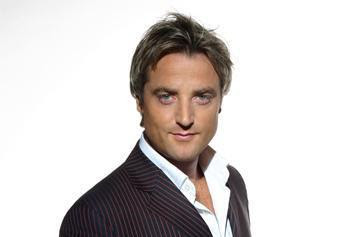