It was announced this week that Camille and I will be presenting a nationwide show as of November 29 this year. This is waycool. It'll be a show playing between 6am and 9am every Sunday morning and will feature all of our best bits from each week and new stuff for the weekend as well.

Now, in the past, our ‘replay hour’ was between 9 and 10am on a Saturday and only broadcast on our normal frequencies of 90FM Wellington and 92.7FM Kapiti but now we will be on all of the 26 stations that make up the Classic Hits Network.

It's bloody exciting times for Camille and I and a kind of return to what I used to do back in the day when I hosted the Classic Hits Nightclub between 2004 and 2007.

Now, I realise that it’s a Sunday morning and it’s flaming early so there’s no expectation for you to listen but if you do happen to have a radio playing on a Sunday morning, by all means give it a go. We’re also looking at the concept of a weekly (not daily – Christ no, we’d need a producer for that!) podcast.

Posted by Dave Smart 7 comments: Links to this post

I'd already added these onto the facebook but forgot to post them here in my recent blogging slackness....

First movie, Sophie and Jojo have been going hard at the gym they go to on a Tuesday morning and now take the concept of Roly Poly to a new level....


And this is my mate (and Sophies Godfather) Flynny with me, Soph, Jojo and his two boys Jack and Leo cutting up a rug...

There have been a few instances recently that people have been injured or killed by busses here in Wellington which is heartbreaking for those involved.
Here's the most recent one.
I cannot fathom how this must feel to the people who are injured or worse, lose a family member in this way. However, I put it to you that in some cases, we may actually end up being victims of our own arrogance.

Here's a game for you. Stand at some traffic lights and watch people crossing the road. You get a point if you see any of the following events happen:

Someone steps of the footpath in a gap and trots to the middle of the road and then waits for the next gap, crossing the road in two sections.

Someone crosses just down from the lights, alternately running / walking / sidestepping across on an angle to end up further up the street where they want to go.

There's a gap, the lights go orange, so a pedestrian steps out to 'beat the green man' . This pedestrian then gets followed by 4 or 5 other people who all do the same thing, all before the green man.

The person who boots it after the green man is gone and crosses on the red flashing man because they reckon they 'can make this easily'.

Someone crosses at an intersection / bus stop / place where lots of traffic is converging where there are no lights and ends up sprinting across more than 2 directions of traffic.

On top of this, some people pull these moves while on the phone or listening to their iPods...

The it'll never happen to me / I've done this heaps of time before / that person did it I can too attitude is injuring and killing us. You wouldn't pull any of those moves in front of a train which only goes in two directions, yet people do it on the road where the big human smashing metal things are going in all directions?
We teach our kids how to cross the road properly, why don't the adults follow suit?
Posted by Dave Smart 1 comment: Links to this post

Was that you on the TV?

A few years ago, I did a little bit of extra work. Commercials mainly, I was Duncan the Dick Smith Guy, I rode a bike and had a gym in my home for Elite Fitness. I was Chris the Pizza Hutt Delivery Guy, I was in an ad for Ford that played in Australia, I was non-strike batsman for a cricket ad for where the ball made the wicket keeper fly backwards - I think that was for Twisties? I was a Cisco Certified something-or-other for an IT training joint and a few others...

One of those jobs was being a contestant for a game show pilot and Natalie, a good friend who was filmed as well, has found the video. In there, you'll see her, me, Eric Young from Prime TV as the 'Host' and you may also recognise our afternoon host Jason Reeves... 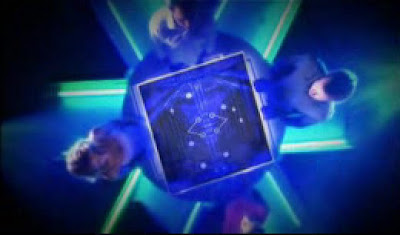 This never actually turned into a TV show but one day it might, our job was to illustrate what the show would be like if it did make it to telly...

Click this, and watch the video for Total Recall...
Posted by Dave Smart 5 comments: Links to this post

Save the Avalon Park Fort 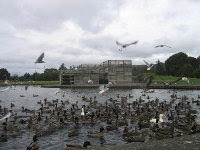 I found this travesty on facebook - I had no idea..

Hutt City Council plans to demolish the Avalon Park Fort, the most rickety, dangerous, outdated construction in the Hutt apart from the actual Hutt City Council Buildings and the old firestation on Waterloo Road.

I say rickety, but I mean wonderful. This is a classic example of the way things used to be, being better.

Hundreds, nay, thousands of kids have played here over the past 30 odd years and the plan is to rip it down and replace it with a structure called "Spaceball" - A 7 metre high globey climbing frame thingee.

It got me thinking about the structure I used to play on at Tahunanui School. It was one of the first in a style of Adventure Playgrounds and was known by us kids as "The Vench" and made a handy alternative to the car wreckers yards that we also used to frequent.

I remember being scared of the firemans pole til I'd done it a couple of times and the exhilaration of jumping off the structure and landing on the bark with a crash was some of my best learning experiences in Primary School. (This as well as seeing the girls flash their knickers on the bars...)

In later years, I was lucky enough to spend a bit of time at Burnham Military Camp and do the Krypton Factor Course - magnificent and frightening all at the same time but so good for this slightly chubby kid.

We went eeling in creeks and ditches and tunnels, much like the one that dear Aisling Symes got caught in, we set up jumps for our BMXs in the middle of the street, we messed around at the wharf, we made huts in empty sections and we had a ball. The cheapest playgrounds were a couple of massive cotton reels next to each other with a plank connecting them. The best ones had the fastest flying foxes.

Today's flying foxes are for sooks.

I actually have a theory about the PC brigade and it's this:

People don't ever complain about these sorts of things. Beaurocrats and journalists in glass ceilinged offices just come up with negative ideas and angles because they're sad and bitter.
What great places did you go to when you were a kid that have disappeared?
Posted by Dave Smart 2 comments: Links to this post