The things you hear...

We were out with the kids in Lower Hutt today, we had a pram each and were trying not to take up too much of the footpath. The sun was shining, and it was a good day.

At one point, we found ourselves in the middle of a group of teenagers were walking in the same direction. They weren't causing trouble, they were quite happy and flirty and enjoying the day, as we were.
For whatever reason, it was decided that they needed to go to the supermarket so one of the chaps says to one of the girls, “could you carry my cricket bat?” She says, “No, why?” He replied, “I don’t want to go into a supermarket carrying a cricket bat, they might think I want to cause trouble.”

She looked at him incredulously and said, “Dude, it’s a cricket bat and you're Indian. It’s all good.”
Posted by Dave Smart 3 comments:

A cyclist did this...

Meant to post these a while ago, the damage has been fixed now... 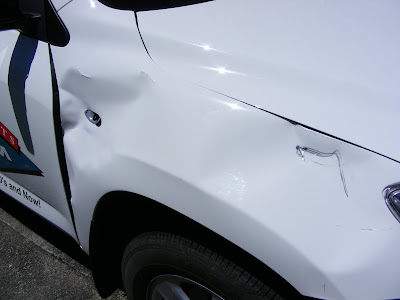 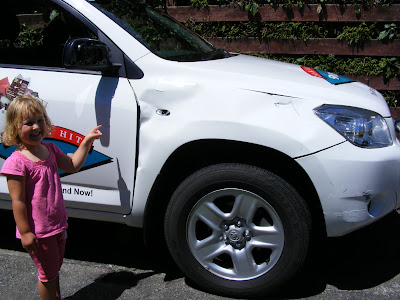 It was 4.45am about a month or so back, I was going through an intersection on the way to work and a cyclist dressed in dark clothes went through the red with no lights, no helmet, changing a song on his iPod, and did a bloody good job of taking himself out using me.

Amazingly, despite causing this damage and rooting his bike, he got away with just a couple of bruises.

Wellington Free Ambulance, Lower Hutt Police, the guy in the ute and the two runners who also stopped = legends.

Fat kids are great for skinny adults because it means that skinny adults, (like me) can now buy and wear kids clothes which are cheaper.
Case in point. 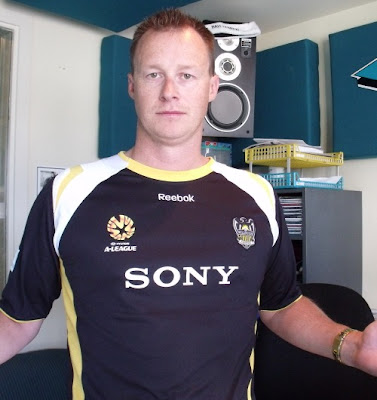 This last season Phoenix shirt was in Ryos and hugely discounted. Unfortunately, because of the recent popularity of the Nix, they had limited stock. I wanted a medium sized adult shirt for $65, this wasn't available so the staff member kindly suggested that I get an extra large kids shirt for $50 and what do you know?
It fits perfectly.
A second and perfectly valid example of the obesity epidemic being good is the wide screen TV. They didn't make wide screen TVs so the picture became more 'movie like', they did it because you can fit more fatties into a wider TV.
Keep eating my porky little friends, your overindulgence is good for me.
Posted by Dave Smart No comments: