When you comment on someones facebook status, you hope for acceptance. That your words add to the original comment in a funny, personal and original way. Some days we hit the mark, other days we don't.

Yesterday, I kicked an internet goal commenting on a facebook linked stuff story about our Miss Universe NZ entrant wearing a dress that wasn't designed or made here.

8 people like me! Great for the self esteem that. 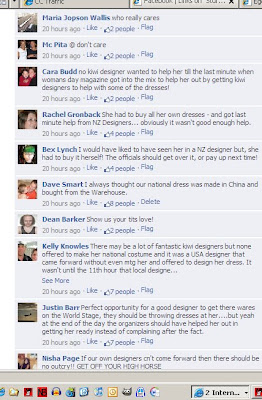 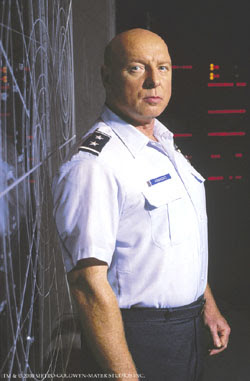 We did this interview back in 2007. It was me, Will Johnston and Cohen Holloway hosting the show and Don S. Davis was in New Zealand for the Armageddon Festival.

Don was famous for playing Major General George Hammond on Stargate, Major Briggs on Twin Peaks, he was Dana Elcar's Stunt double in Macgyver and a whole bunch more.

What I've only just learnt is that this amazing man died a year later, on June 29, 2008 so it's worth reposting the audio. A very funny man who had fun with 3 silly lads on our show one morning.

And Oh. My God. What. An. Incredible. Voice.